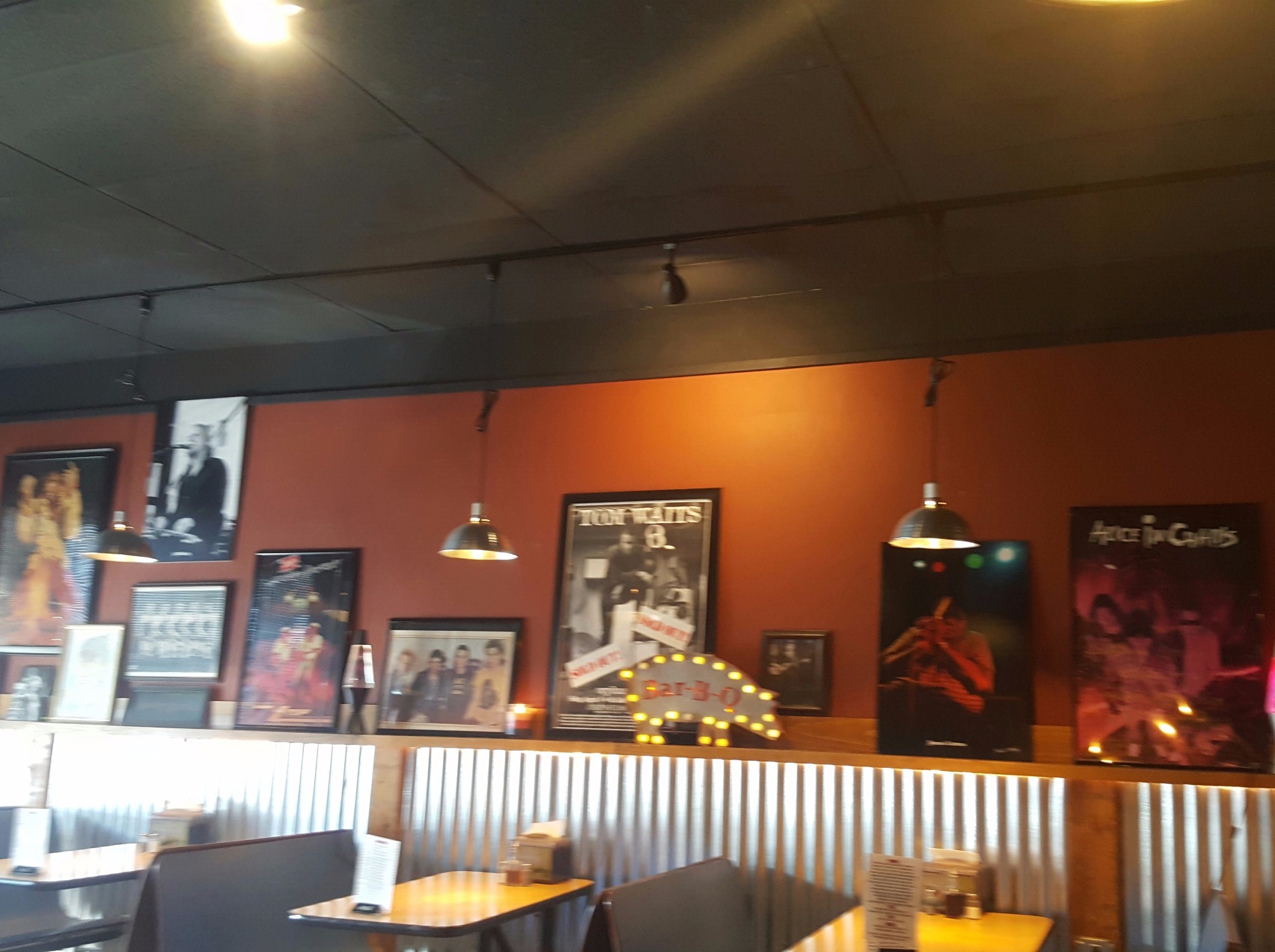 So I couldn’t go to just all my old favorite places while in New York, I had to try a new place. So I hit up the Rock and Roll Bar – BBQ. A nice bar and restaurant in Warsaw, NY.

Being as I was going as traditional Buffalo with my food I settled on the Beef and Weck with, you guessed it, wings. For those of you who are not from or have never been to the Western New York area a beef on weck as defined by Wikipedia is as follows:

A beef on weck (also known as beef on wick) is a sandwich found primarily in Western New York. It is made with roast beef on a kummelweck roll. The meat on the sandwich is traditionally served rare, thin cut, with the top bun getting a dip au jus and topped with horseradish.

And there you have it. Now if you have never had one here is where you will have to take my work for it, and that word is, Delicious. Its like a roast beef sandwich only better way better. Let me tell you the RnR Bar-BBQ does not disappoint with its wings either. These things were quintessential Buffalo Wings.

Did I mention they also have a killer beer selection.

First try the Genesee salted caramel porter. Ok I have brewed, tried, and been unimpressed with chocolate, caramel, fancy desert beers for the most part. This one was amazing. Like a salted caramel chocolate coffee late. I was truly impressed by the flavors in this beer.

So I am just going to leave this one here but know that Strikes Bock, by Empire brewing company is an awesome beer with dinner. A little heavier than a traditional light lagar but good clean and refreshing.

So come to the bar have a drink with friends

Grab a pizza and some wings, you wont be disappointed.

And what the heck while your there stop in and get a tattoo next door, what?????

Full disclosurer my cousin is a co-owner,  but I would not be posting rave reviews the restaurant if I did not fully stand behind them.

One thought on “Rock and Roll, Beer and Food”